Gray/Blacks are experiencers that are more likely than other Type Gray combinations to: 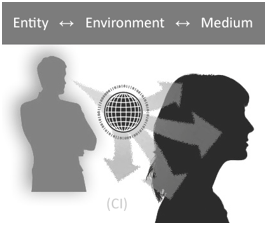 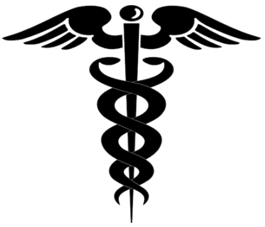 Be naturally open to experiences, and more creative, artistic, and sensitive to your environment, and the emotions of others (including the dead – especially if you are Gray/Black/Blue) than other Type Gray combinations. You are mainly nature-oriented with some people-orientation mainly limited to people who are sick, injured, dying, or deceased.

Experience a lack of motivation and slower enhancement. Experience mainly emotional and intuitive experiences except with communication with the dead.

Mediums may have hallucinatory experiences well into adulthood, but mainly under altered states of consciousness such as trance. Experience infrared energy influence, mainly through healing-PK, which may or may not be the energy that you give to spirits when experiencing physical mediumship. 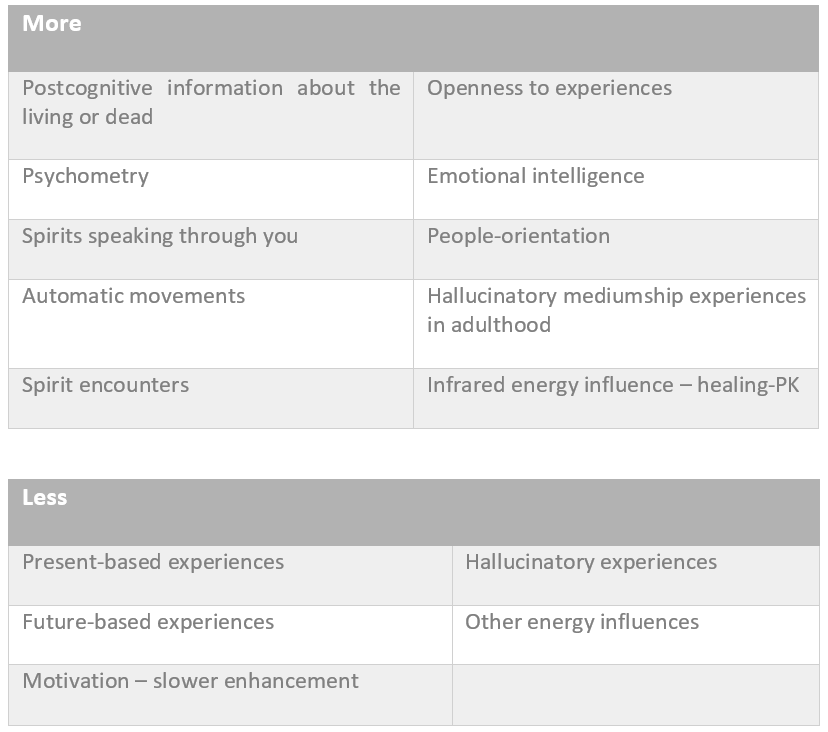