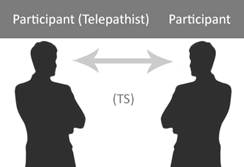 The main feature of Telepathic Simulation is best described as a case of telepathy where a person’s mental state appears to produce an exact or similar mental state in someone else.

The identicalness of the mental state not known for sure, as there is no scientific evidence to support this at this time. However, reports relating to this type of telepathy suggest exact, or nearly exact, mental states rather than more associative states. For example, when shared content is an image both the experiencer and other person may see a “star” but the shape of the star may be exact or different.

Or, one may see a “star” and the other may see a similar shape such as a “pinwheel” or “flower.”

Telepathic simulation also appears to be less intrusive or aggressive than other forms of telepathy because the experiencer and other people are usually unaware that, or do not know that the mental state is “not their own.” This is because the mental state appears to be less forceful and foreign, and therefore it feels more NATURAL. The skilled experiencer is however able to tell that the simulated mental state did not come from their own mind, but another’s mind by backtracking

Another feature that appears to be unique to telepathic simulation is that of “networking.” 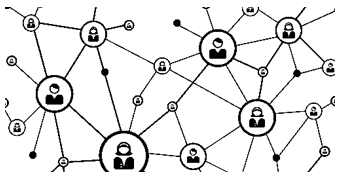 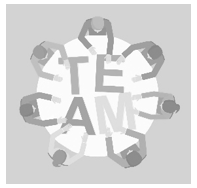 In other words, experiencers of telepathic simulation usually work with groups of people and their combined mental states and share with many people just as effectively as they do with a single person.  In a sense, they work to get a group of people “on the same page.”