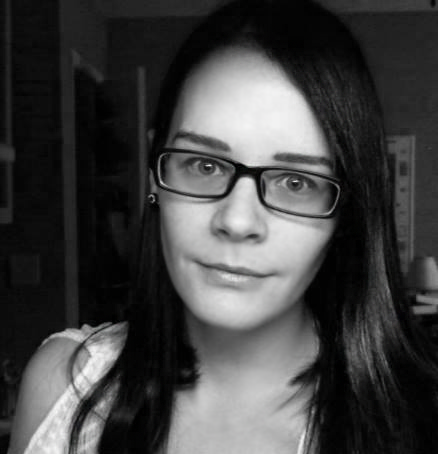 Professor Kelly is the Director of Psychical Research and Development at QPPResearch. Process-Oriented Ontological Phenomenological Modeling & Profiling Research in the area of Exceptional Experiences (ExE’s) since 1998. Her research began as phenomenological qualitative research via methods of: individual interviews, focus groups, and observation (semi-structured and unstructured) and analyzing qualitative data via content analysis. Her research was primary focused on spontaneous cases resulting from chronic stress and crisis situations. Today, her research includes the study of the mechanics, dynamics, and behavior of the nature of being and existence with respect to the rigorous and exhaustive organization of the interdisciplinary knowledge domain of Exceptional Experiences in a categorical manner that contains all relevant types, subtypes, specifiers, and criteria.

In addition, she develops hypothetical and theoretical models that are comprehensive and non-contradicting descriptions of complex processes based on thousands of cases of subjective experiences and over 100 years of empirical findings derived from scientific experiments and observation rather than theory. She extrapolates (i.e. draw from specific cases of exceptional experiences for more general cases) where specific cases are cases that she has been following for many years where the individual has a nearly “pure” type. That is to say, they score in the upper 90% in one specific type based on an assessment she developed (Psychical Profiling Assessment) and have been refining for many years. She then analyzes the extent to which the experiences and personality of experients exhibit various characteristics in order to classify. She released her 16 type profiles associated with the PPA, a highly structured psychological instrument (an 80-item assessment), which was lined up to the MBTI (Myers-Briggs Type Indicator) in 2010. Take the PPA Online >>

Prof. Kelly is also founder of the Center for Exceptional Human Experiences, which offers professional and public psychic science education. She is Co-Executive Director at the American Institute of Parapsychology, a non-profit research and educational organization. Our studies enable us to gain greater understanding about the anomalous aspects of human experience. In addition, Prof. Kelly is a Member of the Metaphysical Society of America, which was founded in 1950 for promoting the study of metaphysics and continues to exist as a forum for the consideration of the fundamental questions of the philosophical tradition. The society is a member of the American Council of Learned Societies (ACLS).

The duties of the UAS Scientific Advisory Board include proposing suggestions from an educational and field expertise standpoint (e.g. program development, student assignments/projects, additional student resources) student career counseling, answering student questions in regard to research design and methods, and overall suggestions for enriching the learning experience. Duties are associated per the board members past or current contributions to other institutions/organizations, and per their unique schedules.

Greg Jenkins holds doctorates in counseling psychology with emphases in the expressive arts as a therapy; including Jungian, Gestalt and Existentialism in the arena of person-centered (intermodal) therapies, professional ethics, psychological testing and statistics, as well as psychoanalysis and psychopathology with focuses in the creative process. He holds a Doctor of Theology, which focuses on the ancient scriptures as viewed from the dark ages to the high renaissance period; specifically as seen within the context of the so-called “Angelic Scripts,” as an aspect of medieval metaphysics and ancient cipher codex systems.

Greg is a Certified Expressive Arts Therapist with the National Expressive Arts Association and is currently culminating a PhD in Pastoral Counseling with a focus in multicultural and interfaith counseling.

Greg is currently a freelance artist and instructor with Soulful Expressions: Art Survey and Psychological Consulting working with a team of registered and certified expressive arts therapists, engaging with both low and high functioning clientele. He also serves as a lecture series coordinator and independent research consultant with state and local psychiatric facilities. Secondary to this, Greg collects many examples of art from the consumer populations; both from a purely psychiatric perspective, and from a psychical, whereby certain clients offer their artwork that is created through personal experiences inhabiting the psychic arena, including those who claim to be ‘haunted,’ or who have had experiences with the unknown. The later includes art via hypnosis and regression, as well as through dream experiences.

Greg is an avid folklorist, focusing primarily on urban legends and oral traditions relating to ghostly phenomena and the traditional ghost story as viewed from an international perspective, and its significance on modern society. He was a feature contributing writer for Haunted Times Magazine, focusing on topics of parapsychology, metaphysics, history and urban legends (2007-2009), and has authored several books on the subject, including the series: Florida’s Ghostly Legends and Haunted Folklore volumes 1-3 (2005/06) and Chronicles of the Strange and Uncanny in Florida, a regional register of urban legends and oral traditions regarding UFO phenomena, hominid research and historical accounts of the Bigfoot legend as observed in the State of Florida, as well as various cryptozoological reports published with Pineapple Press (2010). His recent books are Haunted Inns, Pubs and Eateries of St. Augustine, a regional collection of urban legends and ghostly tales from a folkloric perspective published with The History Press (2012) and The Theban Oracle [Medieval Metaphysics and the Theban Oracle]; a self-help divinatory game system published with Red Wheel/Weiser/Conari Books, (due late 2013). Future publications: The Search of Ghosts, Apparitions and Life after Death: Exploring the Survival Hypothesis, America’s Monstrous Legends and Dreadful Folktales, Soulful Expressions and the Art of Healing: Methods, Techniques and Ideals for the Therapeutic Expressive Artist and Banished: A Comprehensive Look into the Mind and Soul of the Sex Offender. 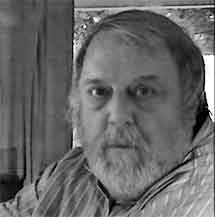 James E. Beichler holds a Ph.D. in Paraphysics (a new and highly controversial branch of Theoretical Physics) from the Union Institute and University. It is the only such degree from an accredited university in the world. Professor Beichler designed his own course of study for the Ph.D. after completing all of the work in a Ph.D. program in the History of Science.

Publications include scientific papers published in journals such as the Journal of Scientific Exploration. He formerly edited an online journal, Yggdrasil: the Journal of Paraphysics. He is presently conducting theoretical research in Cosmology to explain Dark Matter and Dark Energy, in Physics to explain the nature of life, mind, consciousness and matter and will soon develop a new physical model of the atom. All of these advances are applications of a new fundamental theory of physical reality, called “single field theory”’ or SOFT, which he has developed. SOFT is a unification of quantum theory and relativity based upon a five-dimensional Einstein-Kaluza space-time geometry. Explanations of paranormal phenomena emerge naturally from the space-time structure of the theory.

In addition, Professor Beichler has published the book To Die For: The Physical Reality of Conscious Survival, that gives a thorough explanation of his theory in laymen’s terms and explains what happens when we die. He has also published a science fiction novel titled Evo: The Next Step, which is based on the same scientific theory and the real prediction, as expressed in this paper that humanity is close to a new evolutionary leap forward. He will soon publish two e-books, Phallacies in Fysics and Four Pillars of Wisdom: The Conceptual Foundations of Natural Science.

Loyd Auerbach holds a B.A. in Cultural Anthropology (though he started out in Astrophysics) from Northwestern University, and an MS in Parapsychology from John F. Kennedy University. He was recently appointed to the Board of Directors of the Rhine Research Center, and was previously a member of the RRC Advisory Board. He is a member of the Scientific Advisory Board of the Windbridge Institute, and the Forever Family Foundation.

He is Director of the Office of Paranormal Investigations, a Professor at Atlantic University (Virginia Beach, VA) and at JFK University (Pleasant Hill, CA), and creator and Instructor of the Certificate Program in Parapsychological Studies at HCH Institute, available both in California and for distance learning.

Auerbach is well-known to the public and his colleagues as a leading expert on Ghosts and Psychic Experience. Auerbach is the author of seven other books on the Paranormal, including A Paranormal Casebook: Ghost Hunting in the New Millennium (Atriad Press, 2005), Hauntings & Poltergeists: A Ghost Hunter’s Guide (Ronin Publishing, 2004) and Ghost Hunting: How to Investigate the Paranormal (Ronin, 2004).  In addition, he has contributed a lengthy essay, “Parapsychology for Ghost Hunters,” to the 2011 book Exposed, Uncovered & Declassified: Ghosts, Spirits, & Hauntings: Am I Being Haunted? edited by Michael Pye and Kirsten Dalley (New Page Books, 2011). He is the co-author, with the late psychic Annette Martin, of the new book The Ghost Detectives’ Guide to Haunted San Francisco (Craven Street Books, 2011).

He has appeared in thousands of radio, podcast, and print interviews, and hundreds of national and local TV shows including The View, Ghost Adventures, Larry King Live, Oprah, Criss Angel: Mindfreak, Sightings, In Search Of, the Today Show, Unsolved Mysteries, and Late Night with David Letterman. He can be seen frequently on A&E, BIO, the History Channel, the Travel Channel, Syfy, the Discovery Channel, and TLC.

In addition to his other affiliations, Loyd Auerbach is an Associate Member of the Parapsychological Association (PA), a Corresponding Member of the Society for Scientific Exploration (SSE), and a Member of the Institute of Noetic Sciences. 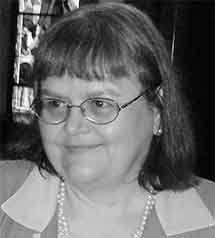 Nancy L. Zingrone has a Bachelor of Arts with Honors in Psychology (Mundelein College), a Masters of Science in Education specializing in higher education with a teaching specialty in psychology (Northern Illinois University), was a doctoral candidate in History, with a focus on the histories of science and medicine (Duke University), and has a Ph.D. in Psychology (University of Edinburgh) where her dissertation utilized the methodologies of history and rhetoric of science, and discursive psychology.

She has conducted experimental ESP research, survey studies of psychic experiences, as well as an examination of texts in parapsychology from a science studies point of view. Currently she is an Adjunct Professor in the Department of Psychology at the School of Behavioral and Social Sciences at Northcentral University, teaching undergraduate courses, masters and doctoral level courses in research methods, basic statistics and the history of psychology psychology online, a Research Fellow at the Parapsychology Foundation, and the Head of Department for the online Parapsychology Programme at the International University of Graduate Studies.

Zingrone was the Director of Publications at the Parapsychology Foundation and the Executive Editor of theInternational Journal of Parapsychologyfrom 1999 through 2009 and an Assistant Professor of Research at the Division of Perceptual Studies in the Department of Psychiatry and Neurobehavioral Sciences at the University of Virginia from 2003 to 2010. From 2010 through January of 2013, she was the Director of Academic and Administrative Affairs and a faculty member at Atlantic University. From the spring of 2013 through the fall of 2014, she was an instructor in the Rhine Education Center.

William G. Everist has a a Ph.D. in Humanistic and Transpersonal Psychology from Saybrook University, with a dissertation interest in the psychological acknowledgement and development of psychic abilities in mediums. He holds a Masters of Arts degree in Interdisciplinary Consciousness Studies with a specialization in Parapsychology from John F. Kennedy University.

He has taught parapsychology at Pima Community College in Tucson, Arizona for over 15 years, focusing on such topics as ESP, Hauntings, Psychokinetics, Remote Viewing, Out-of-Body Experiences, and Near Death Experiences.  He also serves as a Mentor in Psychology at Prescott College and has conducted numerous seminars and workshops on intuition throughout southern Arizona and New Mexico.

Presentations and publications include an experiential account of hauntings in the dream state presented at the 1994 Anthropology of Consciousness Spring Conference, in Tempe, Arizona and published as “Bisbee Bed & Breakfast” in Fate Magazine, September, 1996.  Also presented a comparative study, titled “Two Studies of Apparitional Sensitivity” at the 43rd Annual Parapsychological Association Convention in Freiburg, Germany in August, 2000, later published in abstract format in The Journal of Parapsychology, Volume 64/Number 3 September, 2000. Popular press publications have included a variety of parapsychological articles for Ghost Magazine as Science Editor from April 2004 to September 2007.