To sum it all up, it usually comes down to asking yourself if what happened was an event or an effect. 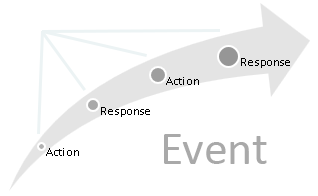 Here we will describe an event as an intelligent response to an intelligent action. Where a few, or even a couple of responses and actions can be grouped together as creating an overall event.

Here, you could be the one creating the action such as asking a question (action), and the spirit could produce a response such as rapping on the wall (response).

Or, the spirit could be creating an action such as moving an object, and you could produce a response such as acknowledging the movement. 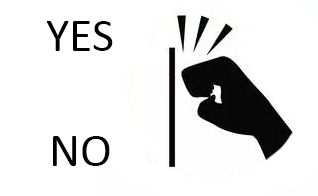 When asking questions, you can use forms of measurement to detect intelligent responses, such as 1 rap/knock for Yes, and 2 raps/knocks for No.

When working with moving objects you can place a target nearby and encourage the spirit to move the object within the target. 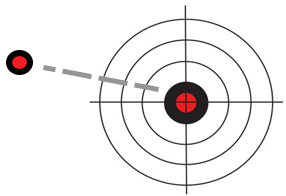 I’d like to say it’s as simple as that, but unless you have spent time getting to know the spirit and have gained its trust, it may not want to cooperate with you.

Because physical mediums energize spirits, they are far more likely to get a response out of a spirit than most people. But even they may find challenges with new and unfamiliar spirits.

Just like living people, a spirit has emotions and needs. Trying to calm the spirit down, make the spirit feel safe, and providing for the spirit’s needs can be encouraging towards getting it to communicate with you. You can calm them down by telling them about who you are, why you are there, and that you want to help them.

However, if the spirit is not communicating in any way shape or form, you may need to do a little digging into the history of a place or person to attempt to understand what the spirit might want or need. For example, a photo of their loved one that has long passed away into the afterlife, or a toy for a child spirit to play with. We’ll get a little deeper on how spirits think and their needs and wants in a little bit, but for now, let’s focus on other little differences between umbrakinesis and physical mediumship. 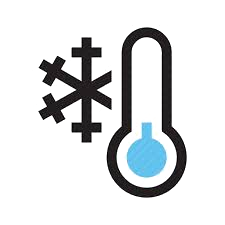 If the sound is possibly the result of heat, such as a pipe expanding or contracting (groaning) in the walls, it’s probably just umbra-PK or time to call a plumber – an effect. If the room gets really warm for no normal reason, this also might be umbra-PK.

If the sound is more of a rapping or thud on the wall or on a wood surface this MIGHT be a spirit. If the room gets cold for no normal reason, this might suggest a spirit is nearby.

Basically, an event involves a two-way intelligent form of communication – an action and a response. While effects are just random sounds with seemingly no intelligent pattern to them.