Output allows the experiencer to negotiate probability shifting with the universe or their surrounding situation, which is helpful to their present needs or intentions. The word “negotiate” is used here because the universe does not appear to always help with the goal-driven whims of experiencers.

Rather, the universe appears to consider all things or variables including people, places, timing, and so forth; in deciding the most helpful direction of events as a whole, not just for one person. This means that experiencers are constantly competing with the whole of the universe to have their needs met.

What this boils down to is that big favors are far less likely to happen then small favors, and life isn’t always “fair.”

Probability shifting can be a fairly complicated thing to understand. Probability refers to chance or a set of events that are likely to happen in the future based on a current state of events or the current state of an object, and shifting refers to having some influence over which event happens. Let’s say you are playing baseball and you are up to bat. There are some events that could happen: 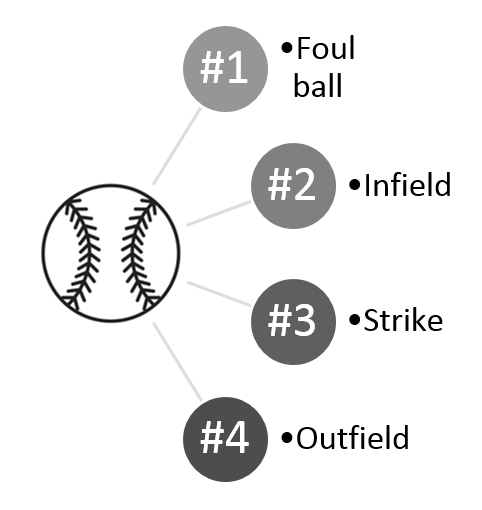 Let’s say the most likely result, based on whether your skills as a hitter and other conditions, is that you hit a foul ball (#1). In this case, you would be focusing on your need to hit the ball in the infield or outfield instead of hitting a foul ball.

What was described above is an example of present probability shifting, but there is also what’s called historical shifting.