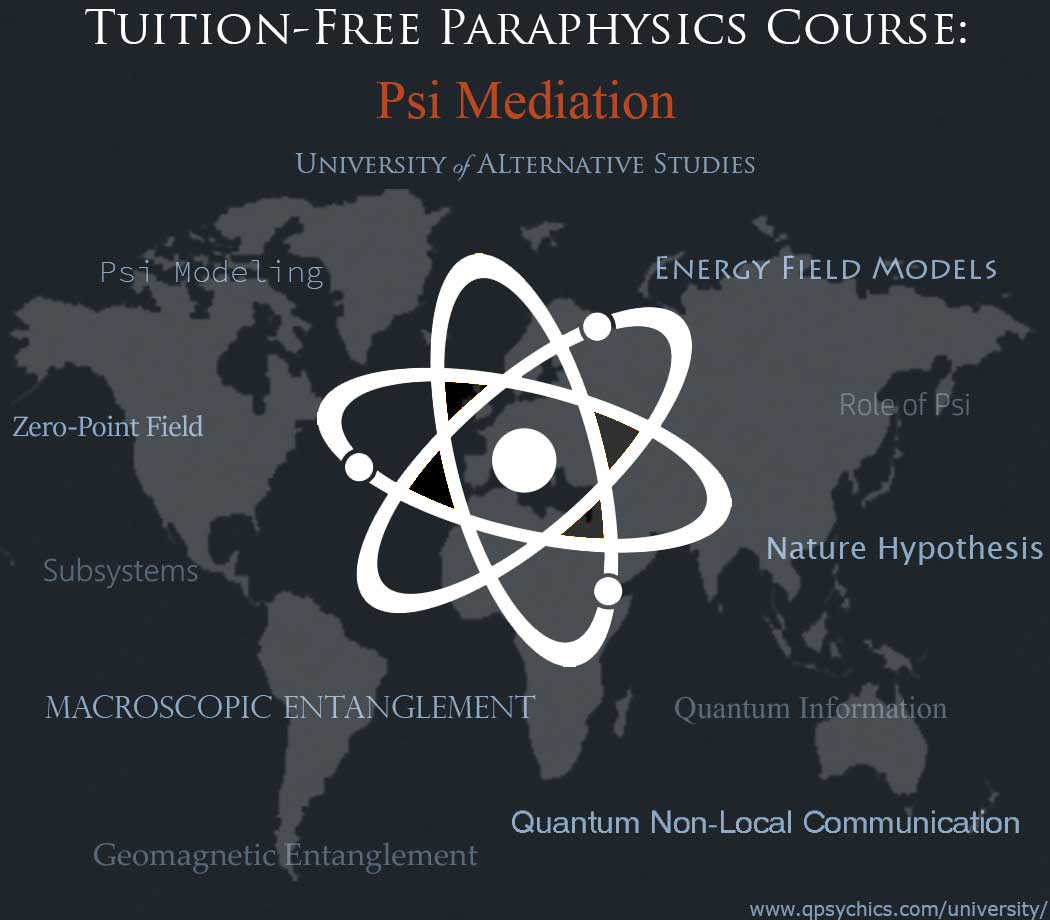 Psi is an all-encompassing term for extrasensory perception and psychokinesis combined.  This course addresses both classical and quantum mechanical modeling approaches to psi phenomena including those pertaining to the role of psi phenomena such as the psi-mediated instrumental response (PMIR) and relative need-serving qualities of psi, psychokinesis as a primary psi process, and psi as a product of evolution via Darwinian theory. Addresses classical models including electromagnetic models, energy field models, and the zero-point field model. Addresses associations of psi phenomena with quantum theory, and new approaches to such phenomena via quantum mechanical modeling. Addresses an elaboration on the essential role of quantum information theory in regards to psi phenomena, the view of computational living systems, the macroscopic challenge for quantum computation and psychical research, the quantum efficiency of psi, and the non-local communicative nature of psi. Addresses the part played by Nature in regards to the mediation of psi via a hypothesis addressing Nature as an experient accessible universal information processing and storage system with features of four dimensionalism. Addresses Geomagnetic entanglement, permanent and seemingly macroscopic entanglement, and quantum non-local communication in regards to psi. This course includes an overview of fundamental quantum mechanical laws, principles, and issues in regards to psi such as the Heisenberg uncertainty principle, superposition, quantum computation, decoherence, entropy, information processing, wave function collapse, and the measurement problem.