The main feature of Telepathic Cognition is the direct knowledge of another person’s thoughts or mental states by the experiencer.

In cases of telepathic cognition one person, the experiencer, is retrieving information such as words, images, sounds, ideas, and emotions from another person, a non-experiencer. In other words, one person is able to “pick up on” the thoughts of another person.

With telepathic cognition, the non-experiencer does not play a purposeful part in the information receiving process. Instead, the process is completely started and finished by the experiencer. So, the “receiver” is both the telepathist and the sole director of the experience.

Here the experiencer will become aware of the other person’s mental state or states but should be able to clearly tell that the thoughts or emotions did NOT start within their own mind. 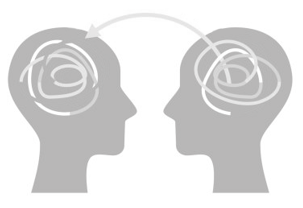 The information is received and perceived by the experiencer, but the thought or emotions did not develop from a chain of previous thoughts or feelings belonging to the experiencer.

Instead, the thoughts or emotions appear to “POP UP” into their mind but are immediately identified with a single person other than the self, or simply identified as not belonging to the self. 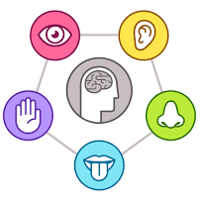 However, sight and sound are the most commonly reported hallucinations experienced by those that are awake or in an altered state of consciousness like meditation, while waking up or falling asleep, or in a trance state.

Hallucinations are usually light and natural feeling unless they are made LOUD AND INTENSE by stress or mental/physical disorders. For example, and anxiety disorder can result in confused subconscious needs and goals whereby resulting in the over-stimulation of the senses and loud intense hallucinations.