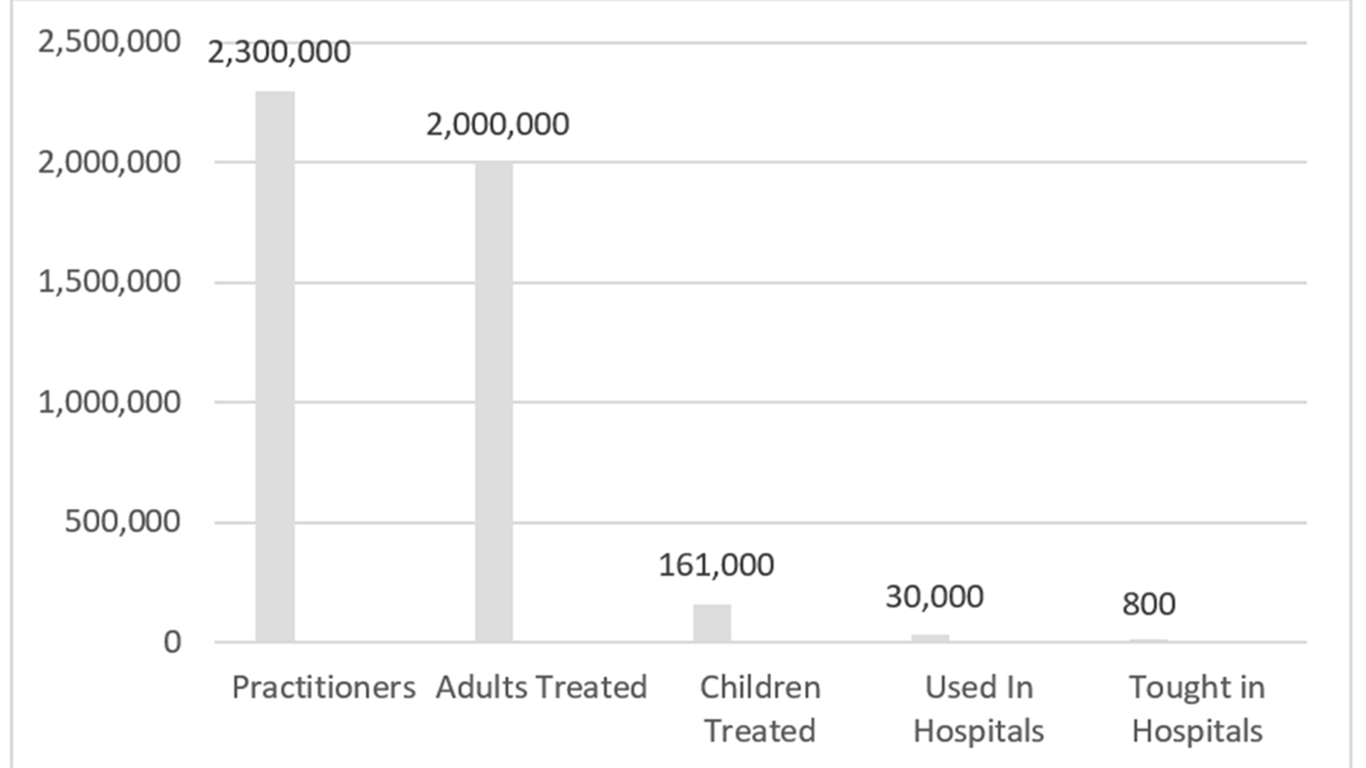 Back in 1998, there were estimated to be at least 300,000 Reiki Masters and 2 million + Reiki practitioners worldwide. These numbers are much higher today. While many reiki healers may not be aware they may ba clairvoyant simulators or healing-PK experiencers, they do know that they are able to heal through a manner which is not yet entirely understood and explainable by science. According to a 2007 survey, at least 1.2 million people are estimated to have received reiki treatments in the U.S. alone, including about 161,000 children.

Methods of healing touch are taught at over 800 hospitals and it is estimated that about 30,000 nurses use a healing touch method in U.S. hospitals every year. The chart below shows the percentage of people in the United States that said they believed in psychic healing and psychokinesis in general during a poll of 1,012 people in 2001 and 1997.