Auto-PK experiencers may be able to influence thermal energy, which is the total energy of an object that results in temperature (thermal = temperature). Thermal energy may be influenced by speeding up or slowing down charged particles.

This allows an experiencer to cool something warm, and make something warm become hot. This is called heating and cooling and can involve melting, fusion, boiling, smoldering or flaming combustion (fire), condensation, and freezing. 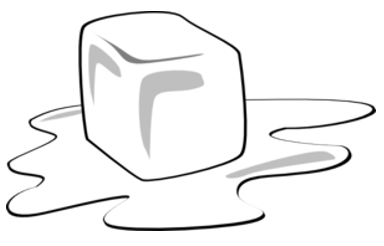 If an object is on the edge of two states of matter like water on the edge of being in the right conditions to become ice, then the experiencer may be able to force the change from one state to the other, in this case, by lowering temperatures just a little bit.

Experiencers appear to heat and cool objects that they touch or focus on from a distance. They can sometimes influence their own body temperature, another person’s body temperature, or the temperature in their surrounding environment if they are in a small room.

Keep in mind that “COLD” is not a “thing,” but rather is an absence or lack of heat. So when I use the word “heat” I’m not just talking about warm things, I’m talking about how much heat an object, body, or environment has. 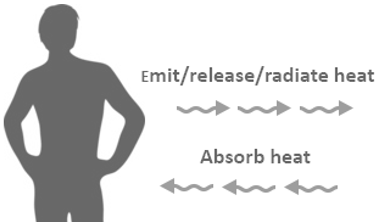 Human beings in general are able to naturally release and absorb heat. If you absorb heat from an object then you become warmer and the object becomes cooler.

If you release heat, you become cooler and the area or object you are releasing heat towards will get warmer.

This is due to the Second Law of Thermodynamics, where two systems that are touching will try to become the same temperature, which is known as thermodynamic equilibrium.

So, keep this in mind when trying to tell the difference between auto-PK effects and normal everyday heat transfer; that one is a normal energy thing and the other is psychokinetic thing.

If you can heat or cool something at a distance, and there’s no known physical or energetic reason for it, then this might be auto-PK too. If you are in very cold conditions and still feel warm, this could also be auto-PK.

“So how can I tell if it’s just normal heating or cooling or auto-PK?”

Also, experiencers tend to lean towards one form or the other, either they tend to cool

things, while some may do both.

However, it’s important to focus on what you’re good at, so figuring out which you are better at should be your first step.