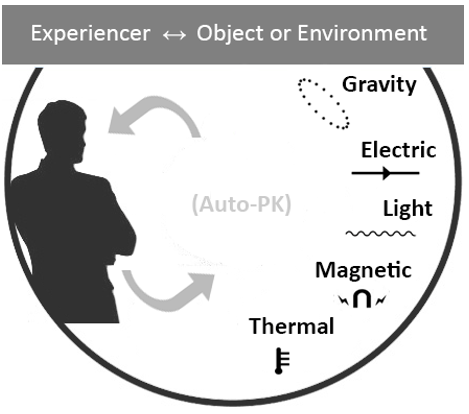 Autokinesis (Auto-PK) is the psychokinetic influence of energy including kinetic, potential, thermal, gravitational, sound, light, electrical, and electromagnetic radiation, and so on.

Experiencers of autokinesis seem to be able to increase, decrea    se, and convert different types of energies.

Energy can be broken down into two main groups. The first group is kinetic energy (movement related energy), which is the energy an object has due to being in motion, and is the work needed to accelerate an object from rest to its velocity. 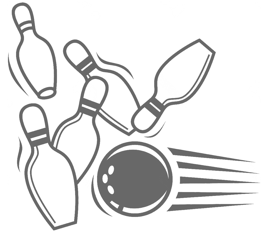 For example, a bowling ball has kinetic energy when it’s moving. When it strikes the pins, some of that energy is passed on to the pins and moves the pins.

Another example is the game of pool or billiards, where the cue ball it struck, and it hits another ball, and the cue ball stops and that other ball goes from being still (at rest) to being in motion.

The second group is potential energy (stored energy), which is the energy of an object or system with respect to the position of the object or the arrangement of the particles of the system. For example, the energy stored when picking up a ball, but not yet dropping it. Another example is pulling a coiled spring, but not yet letting it go.

Experiencers of auto-PK seem to be able to increase or decrease the speed of an object traveling downwards.

Experiencers of auto-PK also appear to be able to reverse this effect, resulting in levitation.

Levitation in this case involves the psychokinetic influence of lifting and holding an object against the force of gravity in a stable position without any physical contact. 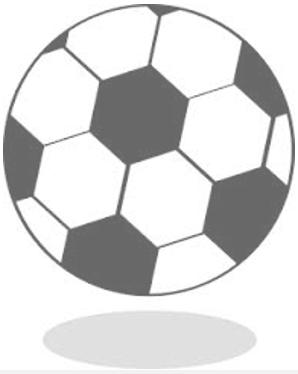 In the order of the most common, experiencers usually report levitation as:

Several forms of energy fall within the kinetic and potential energy groups. However, the most commonly reported auto-PK effects include electric, magnetic, luminous, infrared, and thermal energy.