The last thing you need to know about your experiences, especially to better understand other areas of this book, is where they sit on the arrow of time.

The arrow of time refers to the way time goes forward in the material world in the order of past, then the present, and then the future.

Here we have already talked about this a bit before, but now we will be breaking it down more into the following types: precognition, probabilistic shifting, contemporaneous, real-time sifting, retro/postcognition, and historical shifting.

Precognition refers to receiving information about how the future may happen or future events that are most likely to happen (Input-Future). 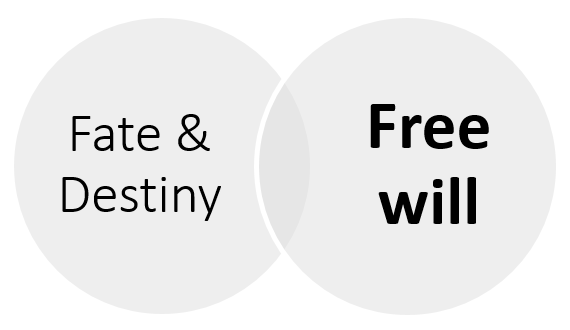 Since the future does not already exist like the present, technically speaking, precognition does not refer to receiving information from the future, unless that’s what you want to believe.

Believing that the future is set in stone or already exists is a basic, but important, part of some religious and spiritual beliefs. There are also scientific experiments that suggest this too, but that can just as easily be seen as supporting that probabilities exist, rather than the future.

It’s all in how you choose to understand and explain the evidence until science is more certain.

Precognition includes something called presentiment and things called premonitions. Presentiment is a fairly new finding that involves physically feeling that something is about to happen with no way of knowing it was going to happen outside of clairvoyant means. This effect can actually be physically measured and seen with medical devices such as heart rate monitors and machines that measure brain waves.

Basically, in the world of the less weird, if something scares us, our heart rate gets faster. This is a normal physical response. However, with presentiment a person’s heart rate begins to speed up BEFORE they are presented with something that scares them. 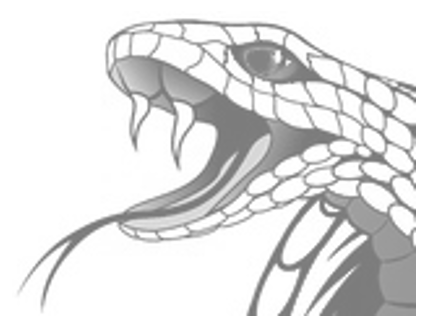 If what causes them to feel fear is selected by a computer, say an image of a really angry snake or a video of a snake striking at you, to be shown to them at random, where no one knows when it will happen, and this result happens, it’s a purely clairvoyant event. However, if someone other than the experiencer does know when the image will be shown, this could be a telepathic event instead.

Premonitions on the other hand, are usually thought to be the same as presentiment, but some may also believe them to include flashes of images or even sounds as well. However, in this book, to keep things simple, the word premonition with be replaced by presentiment where the definition of presentiment only applies. This will help keep things simpler later on in the book too.

Probability shifting functions with a certain degree of uncertainty and free will. This is to say that there is more than one likely course for the future and nothing is set in stone (Output-Future). Probabilities exist as information, which is without dimension. This means information exists as a point with no length, width or, height. 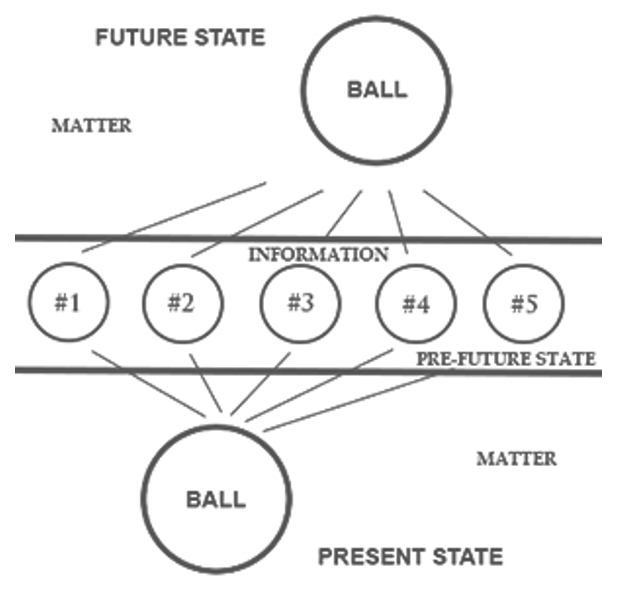 Going back to the baseball story, there are many directions the ball can go once once thrown.

While the ball is matter, physical, has form, the probabilities are pure information existing outside of space and time.

To even attempt to notice a probability can cause the probability to be locked into place and happen. Therefore, whatever you focus on has the strong likelihood of happening.